CVER's Hilary Steedman looks at how the UK government is tackling the issue of employers' contributions towards the cost of apprenticeship training.

In his summer budget presented to Parliament on 8 July, the Chancellor George Osborne announced the introduction of a levy on large employers that is intended to provide an employer contribution to supplement government funding for apprenticeship training.

Funds raised by the levy would provide apprenticeship employers with an electronic voucher that could be used to purchase training from recognised providers. Further details of the apprenticeship levy were then provided by the Treasury in their productivity plan.

Read more »
Posted by CVER Admin at 13:10
Email ThisBlogThis!Share to TwitterShare to FacebookShare to Pinterest
No comments: 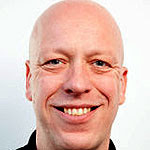 Steve McIntosh, from the Department of Economics at the University of Sheffield, is an applied labour economist, with a particular focus on education issues and how they relate to labour market outcomes. Here he asks why the focus on apprenticeships in the recent election, and what are their apparent benefits?

A previous post in this blog series, by Gavan Conlon, discussed the wage and employment returns to vocational education and training in general. In this new entry, we focus more specifically on apprenticeships. During the recent General Election, all of the major parties promised to prioritise apprenticeships and increase their numbers. Why was there such focus on apprenticeships? Do the apparent benefits of apprenticeships justify this attention? This is an area in which CVER researchers have previously worked extensively, and I summarise some of that previous work in this post.

Read more »
Posted by CVER Admin at 11:01
Email ThisBlogThis!Share to TwitterShare to FacebookShare to Pinterest
No comments: 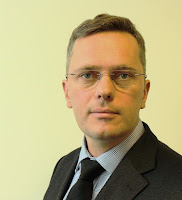 Dr Stefan Speckesser, from the Institute for Employment Studies, celebrates UN World Youth Skills Day. He takes stock of the current situation in the UK and the EU for young people's skills and looks to the future.

Today has been designated World Youth Skills Day by the United Nations, marking the importance of fostering the acquisition of skills by young people in order to overcome youth unemployment, a global phenomenon and even more of a problem in developing countries. In the UK, we should commemorate the World Youth Skills Day and think about further institutional changes that could enable people to achieve better skills and education and a more productive working life.

In my view, this is about more than just acquiring skills for labour market entry. Education in late youth forms the main stage of human capital investment for future life trajectories and is a precondition for successful adult roles, including economic independence, family formation and, more generally, strong communities.

Young people in the labour market

The situation in the UK labour market has improved significantly in recent years, with an unemployment rate for those aged 16 and over of 5.5 per cent (February to April 2015), which was significantly lower than a year before (6.6 per cent) and only slightly above the level before the 2008/09 recession (5.2 per cent in late 2007). In the EU, only Germany has a lower unemployment rate (4.7 per cent for April 2015) at present.

Compared to this, the unemployment rate for 16 to 24 year olds continues to be much higher (16.1per cent in the months to April 2015), although we have seen a great improvement compared to its peak in late 2011 (22.5 per cent). However, the international comparison with Germany (7.2 per cent), Austria and Denmark (both 10.1 per cent for April 2015) shows that more can be done in the UK.

Institutional change to improve young people's skills in the UK

In the UK, policy initiatives launched in the new Parliament, like the productivity plan, have a strong emphasis on skills and particularly aim to improve young people's skills. Key areas of institutional change are:

·   More young people should have good English and Maths.
·   More apprenticeships for young people and the introduction of a levy on large employers to fund new apprenticeships.
·   A system of professional and technical education offering clear routes into employment.

The impact of these initiatives will depend on successful collaboration between the key stakeholders, such as colleges and employers, on how the educational offer can be improved. We also need employers to give clear guidance to colleges and learners as to which professional standards and practice should be represented in professional and technical education. Modernised vocational qualifications, which will hopefully emerge from this institutional change, need to serve as a strong signal to employers about young people's skills and productivity. This is most crucial for people outside of apprenticeships, whose training in colleges or specialist providers has to meet industry standards in terms of technology and relevance.

There is a wide consensus that education reform and building better, stronger institutions will be the key element for helping young people to progress with skills, but I also believe that skills need to be more clearly linked to their experiences in work environments.

The crucial role of experience

In the 'Craftsman', Richard Sennett described skills as a 'trained practice' and emphasised the role of routine and practising in the work of crafting physical things, but also on forming relationships with others. His view supports the role of experience, like that expressed in the narrow translation of experience as 'Erfahrung' in German, i.e. the skill, knowledge and proficiency element of experience.

It is this element of education, which makes technical and professional education more successful in countries with Dual Apprenticeships, where it achieves better school-to-work transitions, lower youth unemployment and high returns to investment in vocational education and skills. As written in Steve McIntosh's blog in this series, this also explains the focus of all major parties on apprenticeships in the recent election and the government's recent pledge to increase apprenticeships, including a levy to fund them.

However, with a majority of young people learning towards technical qualifications outside apprenticeships, we have to make sure that 'Erfahrung' becomes a strong element of the education of young people. A recent survey of 3,000 firms by the British Chambers of Commerce (BCC) clearly shows that firms believe 'hiring a young person is a risky move due to their lack of experience, not to mention the investment of time and resource needed to train them'. Consequentially 'business people tend to favour more skilled and experienced applicants - and while they do sympathise, their primary function is to run a business, which means making business decisions'.

In conclusion, I believe we need to extend reform of skills policy beyond the focus on educational institutions, curricula, finance, standards, etc., to improve young people's opportunities for gaining practical experience more generally, regardless of whether they aim for an academic or professional education. The BCC study suggested a universal work experience programme in all secondary schools, which could be one option. Alternatively, schools could involve businesses more in the curriculum, invite more employers to school events or develop projects run in partnership with real firms. It will be important to study examples of such employer-school collaborations to further progress the improvement of skills policies for young people.

Posted by CVER Admin at 10:36
Email ThisBlogThis!Share to TwitterShare to FacebookShare to Pinterest
No comments: 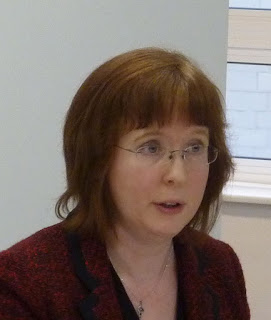 Prof Sandra McNally, Director of the Centre for Vocational Education Research at the London School of Economics (LSE). Sandra also leads the Education and Skills Programme at the LSE Centre for Economic Performance and is a Professor of Economics at University of Surrey.

From this September, all pupils at secondary school will have to study English, a language, maths, science and history or geography at GCSE. This is the English Baccalaureate, or Ebacc, which education minister Nicky Morgan has insisted are core academic subjects that should be taken by all children.

The director of the Confederation of British Industry (CBI), John Cridland, does not approve: he has called for GCSEs to be phased out and replaced with an exam system that gives equal value to vocational subjects.

In defence of the government reform, it should enable young people to have a fairly broad education up to the age of 16 that does not restrict them in their future choices. It is a big change from the past when students could take a wide range of “vocational” subjects at GCSE. These were not regarded as useful for anyone except schools that wanted to boost their headline results by getting weaker students to take exams in subjects that were easier to pass. This was criticised strongly in the Wolf report in 2011 about vocational education and has since been changed.

The issue is that good general education (call it “academic” if you like) is a pre-requisite for popular courses in vocational education later on. For example, students cannot walk into a course in forensic science in a further education college without good grades in their GCSE, any more than they can be accepted on to an A-level programme. Students without an adequate chunk of general education are ill-prepared to undertake more specific vocational education, which is demanding and builds on their knowledge.

A more fundamental issue is what type of educational instruction we (as a society) think it appropriate to offer students up to age 16. The requirements of the EBacc seem like a minimum for a developed country – and not unlike those in many others. They will incorporate some mastery of basic skills like literacy, numeracy and critical thinking that are valuable in the labour market and directly relevant to business.

A problem with including lots of vocational subjects as options at this age is not because vocational subjects are a poor relation to so-called “academic” subjects, but because, by definition, they are more specific and directly related to particular occupations. There’s a time and place for that – and several academic studies caution against specialising too young, such as international work by educational economists Eric Hanushek and Ludger Woessmann.

It is not true that “academic” subjects are systematically valued more highly than “vocational” subjects if one reflects on what the word “vocational” actually means – a subject geared towards work in a particular occupation. Medicine, law and engineering are subjects with huge earnings potential. The divide is rather between the “A-level to higher education” route and everything else. The non-A-levels routes are many, varied and often poorly understood.

There is indeed a need to constructively engage employers and their representatives in changing the education system in the next few years. However, the need is for them to engage with the post-16 and “adult education” debate. The post-19 education budget has been slashed, and yet very little commented upon by those outside the further education sector.

There are constant demands by employers for a more skilled workforce, yet some have reduced training themselves over the past few years and there isn’t much evidence that very many of them work directly with further education colleges or universities to improve what’s on offer.

There may well be barriers to the involvement of small- and medium-sized enterprises (most British firms) to get involved in education. It would be good to hear the CBI speak up about those barriers and more generally to draw attention to the educators outside schools and universities. If “vocational education” is to be valued as the equal of “academic education”, then further education providers should not be overlooked.

This article was originally published on The Conversation. Read the original article.
Posted by Claudia Hupkau at 13:57
Email ThisBlogThis!Share to TwitterShare to FacebookShare to Pinterest
No comments: