Investing in skills: challenges for vocational education policy-makers and researchers 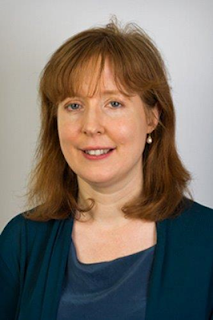 Prof Sandra McNally is the Director of the newly-established Centre for Vocational Education Research, and is based at the Centre for Economic Performance at the London School of Economics (LSE). Here she sets out the aims for the new Centre she leads.


‘The UK needs to put an end to the waste of human resources that comes through poor education and the inability of a significant proportion of society to participate effectively in the economy.’ That was one of the headline messages of the LSE Growth Commission when it reported in 2013. The commissioners also pointed to ‘years of inadequate investment in skills’ as one of the longstanding structural weaknesses in the UK economy.

A central plank of the policy response must come through improvement of vocational education as this is where the majority of young people pursue courses in the post-16 phase of education. Although the Wolf report (2011) notes many successes of vocational education in England, it also highlights the inadequacies of a system that fails too many young people and therefore is not achieving its potential for individuals, firms or society more broadly.

The newly established Centre for Vocational Education Research (CVER) aims to help efforts to change this, enabling the sector to become a driving force for economic growth and social mobility, as it is in other countries.


The supply of skills

Ultimately, the biggest challenge facing the vocational education system is to improve both the quantity and quality of the skills it produces in learners who then supply the labour market. At present, there is still a ‘long tail’ of low achievement, with too many people failing to achieve intermediate levels of qualifications and skills.

UKCES (2014) reports that by 2012, 24% of the UK’s adult population still had no or only low (Level 1) qualifications. This leaves the country ranked 19th out of 33 OECD countries in terms of the proportion of low qualified people – an estimate below both the EU and the OECD averages. In terms of skills, the recent OECD Survey of Adult Skills found that England ranked 13th out of 22 OECD countries for literacy skills and 16th out of 22 for numeracy skills.

What’s more, in almost all other countries, the younger generation performed better on these tests than the older generation, so that natural replacement of cohorts in the labour market in those countries will increase average scores. But this was not the case in England, where those aged 16-24 are performing worse than those aged 55-64. This leaves the young age group in England ranked 21st out of 23 OECD countries for literacy and 20th out of 23 for numeracy.

As well as the relatively low quantity of people reaching intermediate levels, there are also concerns about the quality of some of the vocational qualifications obtained. They offer low or no wage returns, and a lack of opportunities to progress to higher levels of study. Individuals, in particular young people, with such qualifications become trapped in a cycle of low-wage employment, unemployment and further periods of learning, with no progression in terms of jobs or skills. The Wolf Report (2011) estimates that among 16-19 year olds, around 350,000 receive little or no benefit from the post-16 education system.

The most obvious changes of relevance are in the youth labour market, with the almost complete disappearance of jobs for 16-17 year olds, and declining numbers of jobs for 18-19 year olds. Partly as a consequence, the education participation age was raised to 17 in September 2013 and it will be raised again to 18 from September 2015. This means that the vocational education system will need to provide for an even wider range of young adult learners than previously.

The other changing environmental factor is technical progress and the ever-varying range of jobs available in the labour market. Where once vocational education might have existed to supply learners with a craft to serve them for their working lives, the need now is to provide more general technical skills, so that learners will have the flexibility to adapt to changes in the future. All this needs to be done with less public money as no political party has committed to protecting post-16 education from further cuts.


The role of the Centre for Vocational Education Research

The new centre is committed to producing research that is of a high academic quality and addresses the issues faced by policy-makers, practitioners and society more generally. Our research will address the following fundamental questions:


We are developing a programme of research around these themes that will be grounded in the conceptual framework of economics and make use of the rich data sets now available. Our remit is also to build research capacity and facilitate the involvement of other social scientists.

We will have research seminars, discussion papers, policy briefings, blog posts and so on. We will help to facilitate data access and analysis. And we will aim to stimulate research interest in this area, while also ensuring that findings are communicated in a way that helps to guide policy and practice.

Posted by CVER Admin at 10:15
Email ThisBlogThis!Share to TwitterShare to FacebookShare to Pinterest