The decision to undertake an apprenticeship 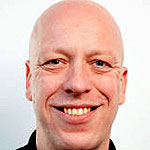 CVER's Steven McIntosh, from the University of Sheffield, discusses what influences the decision to do an apprenticeship

What is likely to influence the decision-making of young people who are thinking about undertaking an apprenticeship? In this blog I discuss some research we have undertaken in CVER, answering just this question. The data source is the responses to a questionnaire that we developed ourselves, given to a cohort of apprentices at the Advanced Manufacturing Research Centre (AMRC) at the University of Sheffield. These apprentices were surveyed in January-March 2016, having all begun their apprenticeship in September 2015. In total, 61 apprentices responded to our questionnaire (a response rate of around 50%).

The surveyed apprentices are a homogenous group. Almost all are male, white and non-disabled. They are mostly young (two-third were aged 16-18), and their apprenticeships are mostly in either the Maintenance or the Mechanical Manufacturing framework. One source of dissimilarity across apprentices is their socio-economic background, with half having at least one parent in a professional or managerial occupation, and half not. In terms of qualifications obtained prior to their apprenticeship, they are a well-qualified group. Almost all hold GCSEs at grade C or above, including English and Maths. 30% of the apprentices were already qualified to Level 3 before their apprenticeship, either through A levels or vocational qualifications. This is an important point because it means that they would have had other options, such as pursuing the academic route towards a university degree, other good quality technical qualifications, or perhaps employment. What factors, then, led to them choosing an apprenticeship over the other options that they were sufficiently qualified to consider?

I group influences into two primary sources: school, and friends and family. Figures 1 and 2 below illustrate the level of encouragement that the apprentices received from these two sources respectively, with apprentices responding on a five point scale (from ‘encouraged a lot’ to ‘discouraged a lot’). In each case, the first row in the figure shows the proportion in each category amongst all apprentices, with subsequent rows disaggregating the group by two variables of interest.

Disaggregating the sample according to the apprentices’ prior qualification levels, we can see that it is the apprentices already qualified to Level 3 who are particularly likely to have received neither encouragement nor discouragement to follow an apprenticeship. Amongst the lower qualified group, discussions are more likely to have occurred, with a higher proportion in both the encouraged and discouraged groups. This may reflect teachers encouraging the more able amongst the Level 2 qualified group, while discouraging others they consider to be less able to cope. With respect to age group, the numbers suggest more discussion of apprenticeships amongst the younger group (aged 16-18), though again this is evenly split between encouragement and active discouragement.

Figure 1: Encouragement from School for Doing an Apprenticeship

When we look at Figure 2, considering encouragement from family, the contrast with Figure 1 is stark. Over half of the apprentices (56%) were encouraged a lot by their parents to do an apprenticeship, with a further 17% encouraged a little. Only 3% (2 respondents) were actively discouraged by their parents. It seems to be the younger group who have been particularly encouraged by their parents, with the older group receiving less advice either way and being more likely to be left to make their own decision. Disaggregating by socio-economic status makes little difference. If anything, those apprentices from a higher socio-economic background (defined as having at least one parent in a professional or managerial occupation) seem more likely to have been encouraged. Certainly, there is little evidence that parents from a professional background are more likely to try to discourage their children from undertaking an apprenticeship.

Figure 2: Encouragement from Parents for Doing an Apprenticeship


"The Decision to Undertake an Apprenticeship: A Case Study", CVER Briefing Note 002 is available at http://cver.lse.ac.uk/publications/
Posted by CVER Admin at 14:57
Email ThisBlogThis!Share to TwitterShare to FacebookShare to Pinterest