Apprenticeships are changing: The Levy a year in

Since the introduction of the Apprenticeship Levy a year ago there has been a shift from Intermediate Apprenticeships to the Advanced and Higher Apprenticeships, which are vital for increasing productivity. NIESR's Matt Bursnall and Stefan Speckesser discuss the changes.

If successful, the new Standards could help build a second, professional route of high-level education to deliver qualifications for associate professional roles, benefiting workplace productivity and social mobility. However, there are also risks, for example if the Levy-funded apprenticeships simply replaced existing under and post-graduate studies, which would have also been undertaken in the absence of the Levy, and did not result in a genuine increase in skills investment.

With many of the emerging Apprenticeships taking up to four years to achieve, we will begin to be able to estimate the full impact of the Levy in a couple of years.

Since 6 April 2017, a UK employer with a pay bill exceeding £3 million per annum pays the Apprenticeship Levy, which is charged at 0.5% of their annual pay bill. Each Levy-paying employer has an account on the Digital Apprenticeship Service to give them more control over how their Levy contribution is spent on apprenticeships, which combine paid employment with study. They can top up their Levy if their apprenticeship training requirements exceed what the Levy can purchase and can transfer up to 10% of their contribution to other employers in their supply chain.

However, some broader trends become apparent from learner data and data of emerging Apprenticeship Standards, i.e. the apprenticeships currently in the process of approval by the Institute for Apprenticeships. 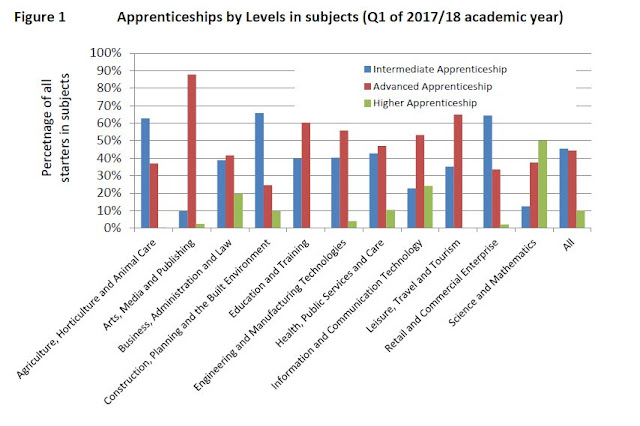 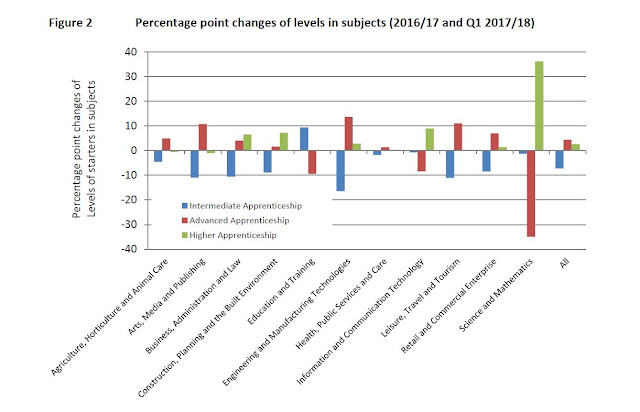 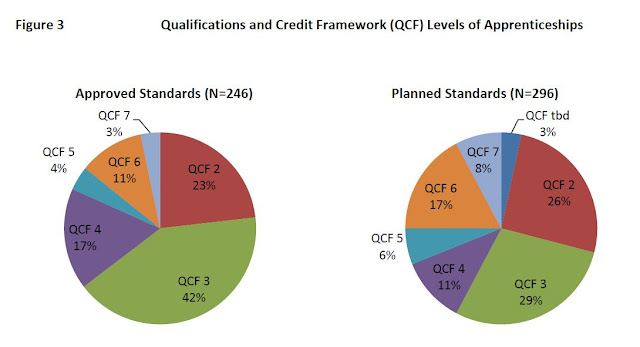 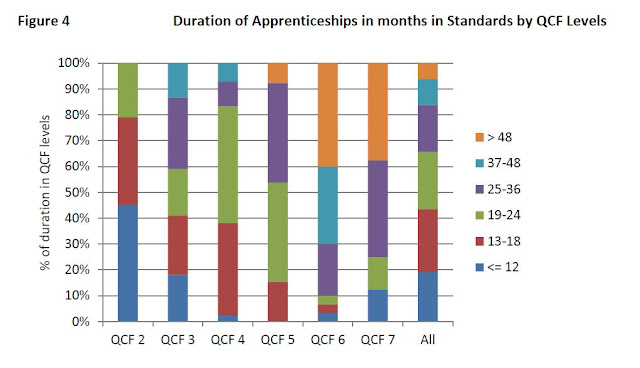 Source: Institute for Apprenticeship standards, downloaded 26 March 2018 (based on all approved Standards)

Since higher level apprenticeships are also more costly to deliver than Intermediate and Advanced Apprenticeships, most will apply the maximum amount of funding: 20 (75%) of the approved Level 6 apprenticeships are associated with the maximum of £27,000 of funding, while there are 51 further Standards, where approval of the funding band is pending. In summary, we can expect that a large segment of degree-type education (at the costs of a degree for people with satisfactory pre-existing qualifications) will be undertaken through the apprenticeships route and funded by the Levy. 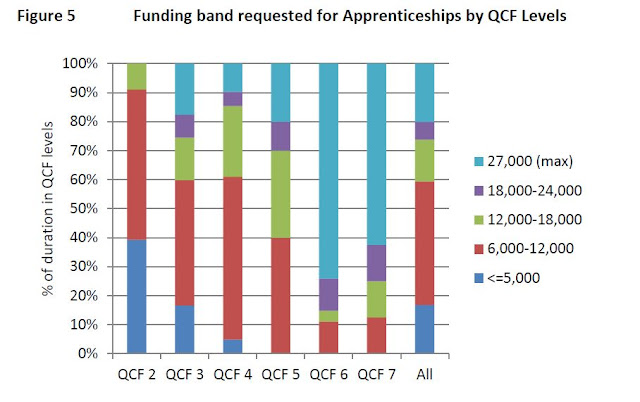 Source: Institute for Apprenticeship standards, downloaded 26 March 2018 (based on all approved Standards)

It is positive that under the Levy, more apprenticeships are aiming for higher level qualifications, which are associated with significant earnings improvements compared to Level 3 technical or academic qualifications. This tendency is already emerging from reported apprenticeship starts, but will happen even more often once the incoming Standards are operational.

Since apprenticeships are organised by employers, incoming Standards could help create a second, professional route of high-level education for associate professional roles. Using the Levy funding in this way could create new opportunities for high-level education, e.g. for those already working in firms, and help improve social mobility. However, there are also significant risks to the success of this policy, for example if the Levy-funded apprenticeships simply replaced existing under and post-graduate studies, which would have also been undertaken in the absence of the Levy, and did not result in a genuine increase in skills investment.
Posted by CVER Admin at 15:52
Email ThisBlogThis!Share to TwitterShare to FacebookShare to Pinterest